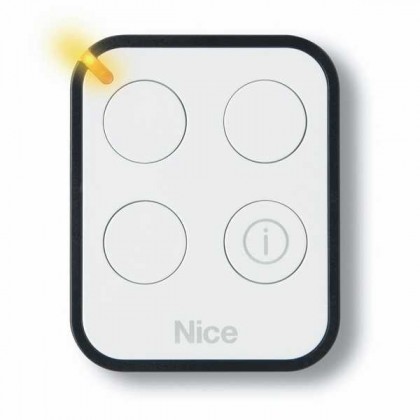 Nice extends its range of control systems with bidirectional versions: with the Era One BD transmitter and OXI BD receiver, you can now receive feedback on the reception of the command and on the status of the gate and garage door automations.

When the user sends a command to the automation, the transmitter indicates its correct reception, the automation position, the presence of possible faults, or the need to change the device battery. The brand new Nice bidirectional radio protocol is enabling two-way communication between transmitters and receivers as well as the mesh network functionalities, allowing to reach any Nice automation system in the range. Gate and garage door automations have never been that safe and under control!

With 3 radio channels and 1 "info" button, Era One bidirectional transmitter allows the control of 3 automations or a group of automations. Vibration and visual feedback (through the built-in LED) provide the user with confirmation that the command has been correctly delivered. By pressing the "info" button, the position of the automation (Open, Closed, or in partial opening position) is also accessible at any moment.