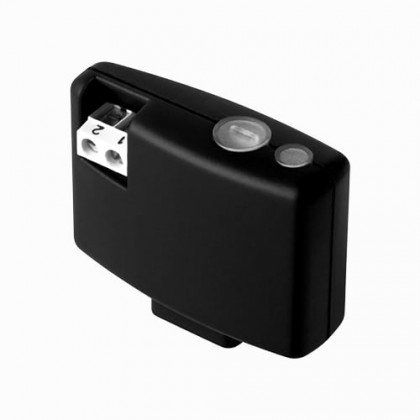 Radio receiver with a connector and built-in transmitter.

Nice extends its range of control systems with bidirectional versions: with the Era One BD transmitter and OXI BD receiver, you can now receive feedback on the reception of the command and on the status of the gate and garage door automations.

OXI bidirectional plug-in receiver is designed for the highest ease of use: the programming push button and LED are on the top of the receiver itself, in the most accessible position. The antenna connector is built-in in the receiver as well. Compatible with all Nice control units with SM connector and with all Nice radio protocols, OXI bidirectional receiver gives the possibility to improve comfort and safety on the existing Nice automations.

Nice Era one ON3EBD 3 channel 433.92Mhz bi-directional transmitter
Nice extends its range of control systems with bidirectional versions: with the Era One BD transmi..
£44.77 Ex VAT £53.72 Inc VAT
Add to Cart
Add to Wish List
Compare this Product
.
This website uses cookies to ensure you get the best experience on our website. Privacy Policy